I went to a writing retreat this weekend sponsored by the Crystal Gavel Magazine. It only costs me 12 grand and a lobe of either lung (I even choose which!) for three days of expert writing feedback, and so I am like sweeeeettt.

The keynote speaker was Jewel, but she got ill on some bad gravy in Tennessee, so they invited Ander Monson.

Well. There was some grumbling about the cancellation and two writers (a nun and a blind bartender from Austin) left for home, but after a small refund (9%) of our application fee, most attendees seemed to settle in for Ander.

Here he is giving the opening address to the conference attendees.

Ander had many interesting things to say, though he was a bit of a Code Talker. Or possibly it was the agave. Either way, this is what I remember he mentioned about writing well:

1.) First, Ander went on a long rant about Octavio Paz.

Ander clearly loves Paz. He was all “Paz’s words actually silence scorpions and silverfishes. Paz has a trick where he eats three steaks. Paz set the sun and halved the moon, then added a good-natured gold bangle of a dance move to boot. The dance move is called ‘The Dramatic Paz.’ Paz invented rotel dip and the ligament strain (before was only sprained, torn, or ruptured) and the confusing first day at school. Paz once…”

At one point, Ander took out a stack of corn tortillas, flung them like Frisbees right into our foreheads and shouted, “Food is batteries for the brain, for the hand, for the paper. What happens when you forget your batteries?”

“You plug in the device that needs a charge,” a young woman with a body like a blunderbuss answered.

“No,” Ander said. “Because I am about to lead you onto a Vision Quest, and no respectable Vision Quest has power outlets along the way. So no, no, no. What you do is eat whatever Octavio Paz ate, and what did he eat?”

So we spent three long days doing this: 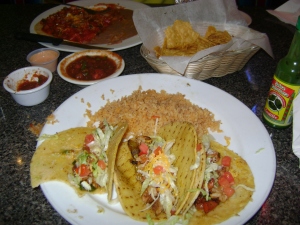 It was a rough time I tell you. But writing takes commitment.

3.) The third day Ander led us on a Vision Quest, right into the Santa Catalina Mountains, Mount Lemmon.

Hmm. Wonder what we are looking for here, at over 9000 feet? 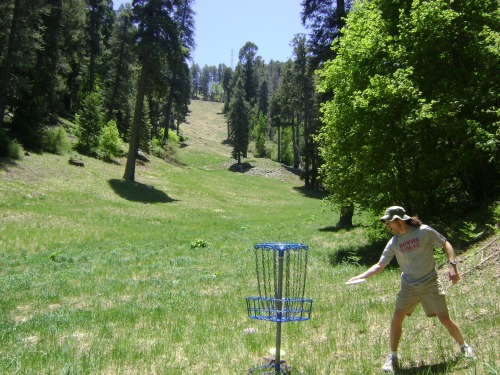 The rest of the time I spent in the usual writing retreat way: historical homes overlooking the river (dive bar with white briefs hanging from ceiling), fun safe and quiet writing lofts (Ander took me to a house where roosters crowed all day and some psycho kept playing circus music over and over), helping writers become published authors (once I yelled out to Ander’s friends, “Let’s shoot some tequila!” and they all readily agreed to the plan), a panel of agents (it was fucking 103 degrees out there! Shit. I felt like the sun was beating me down with a withered root), a banquet at the…(my toe was infected and the doc gave me lorcet and I was flying), a stimulating learning vacation (I might have pulled a Houdini one night), one-to-one facetime with (I noticed many Tucson yards are brown, brown dust and maybe a dented sign or dog), intensive seminars (Also Tucson people fucking love walls. Everything is walled.), charming village of yellow….(a nasty cactus stabbed Ander while he helped look for my lost disc. Sorry about that Ander.), coffee house readings (Megan made an awesome key lime pie but I wasn’t hungry), touch your heart and make you laugh (We saw rabbits, quail, dove, lizards, roadrunners, gophers, snakes, but no scorpions. Damn.), receive the attention you deserve…(in airports you can drink at 9 a.m. and no one says a thing.)

Pool putting? Be sure to watch the MAKE after the MISS. And now I’m ready to write, well.