Breaking Down the Kobe Bryant Poem

So Kobe published a poem yesterday.

Some outlets steadfastly refused to call it a poem, instead referencing the work as “A Letter.” Some didn’t know what to do about this literary/sports oddity.

Reuters called it an essay (OK…)

Esquire went poem. Rolling Stone went poem. Anyone with a brain went poem. Because it is a poem. To not label it a poem is part of ESPN’s (and other outlets) hangups. I suspect they just couldn’t fathom poetry as a vehicle of communication within sports, especially in the new hyper-produced, hyper-opinionated, hyper-cynical-mallet-to-your-head LOUD LOUD LOUD world of sports media. 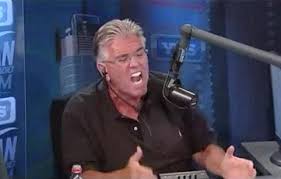 Andy North and Mike Furman of Fox Sports called the poem “sickening” and soft,” interestingly. (I listen to sports radio, clearly a personality flaw [of many] on my part.) They also opined that the poem was meant to upstage Michael Jordan’s retirement letter.  (Hmm…)

It is a poem. But first published on the internet,  so that confuses things. Poetry makes nothing happen, as Auden reminds us, a smart, paradoxical statement, and isn’t that further truth that Kobe has indeed penned a poem? Nothing really happened. But his poem almost broke the internet (the site crashed once the poem appeared). And it’s the internet, where nothing happens and nothing happens. So.

I didn’t even know Kobe was a poet, though I suppose I’m not surprised. He spent formative years in Europe, is fluent in several classical languages, played soccer (excuse me, futbol) for years, and even his name smacks of high culture, Kobe, a type of very expensive, Japanese beef his parents just happened to see on a restaurant menu while mulling over names for their newborn and then deciding, “Hey, why not?”

And I suppose if you look at some past quotations, he was obviously harboring the inner heart of a poet:

I have a lot of self-doubt.

I’ve shot too much from the time I was 8 years old. But ‘too much’ is a matter of perspective. Some people thought Mozart had too many notes in his compositions. Let me put it this way: I entertain people who say I shoot too much. I find it very interesting. Going back to Mozart, he responded to critics by saying there were neither too many notes or too few. There were as many as necessary.

Christmas morning, I’m going to open presents with my kids. I’m going to take pictures of them opening the presents. Then I’m going to come to the Staples Center and get ready to work.

A KNACK FOR METAPHOR:

You shake the tree, a leopard’s gonna fall out.

I am Black Mamba.

Let’s check out this poem.

The auditor, or audience, for the poem is the game of basketball. Kobe did rip this off from Jordan’s retirement letter:

I love you, Basketball. I love everything about you and I always will. My playing days in the NBA are definitely over, but our relationship will never end.

But I don’t really want to go there, and let’s give Kobe credit here for the poetic technique called apostrophe, wherein you address a poem to a non-human auditor.

For example, “To a Waterfowl” by William Cullen Bryant is written to a duck.

From the moment
I started rolling my dad’s tube socks
And shooting imaginary
Game-winning shots
In the Great Western Forum
I knew one thing was real:

What do we see poetic here? A lot. The use of stanzas is noted, an Italian term translated as “little room,” possibly the same the same flats and appartements he dwelled within as his father, Jelly Bean, who played professional basketball in Europe. Anapest appears, then stumbles, but note the imagery, the rolled tube socks, an elegiac nostalgia of the object, Rilke’s father, Dylan Thomas, poetry as a snapshot to capture the idyll of youth, the beginnings, a certain care for words, parallelism of rolling and shooting, the rhyme of socks and shots, and I admire the enjambment–we’re left hanging like a jump-shot ball arcing in the air…What is real? What one thing?

I fell in love with you.

As a six-year-old boy
Deeply in love with you
I never saw the end of the tunnel.
I only saw myself
Running out of one.

And now the poem–like most all poems by anyone who hasn’t dedicated a serious life to this arduous art–turns very, very lame. Even the Trochaic goes topsy, which is hard to do. The abstractions of love overwhelm, mind, spirit (and etc.), the repetition of love (ah, love), the cliche of the tunnel, a keen interest in the “I.” And also the “I.” The poem seems to drop pretty much every interest in poetry at this point.

(Poet Bruce Smith once told me most American poets look out the window and immediately write about themselves.)

And so I ran.
I ran up and down every court
After every loose ball for you.
You asked for my hustle
I gave you my heart
Because it came with so much more.

I played through the sweat and hurt
Not because challenge called me
But because YOU called me.
I did everything for YOU
Because that’s what you do
When someone makes you feel as
Alive as you’ve made me feel.

Here, some rhyme returns and I do appreciate the “run” motif threading itself throughout stanzas, providing some logic. Basketball is now YOU. Accusatory? A vengeful god? Or simply such a LARGE presence, and this being the internet, we need ALL CAPS, for emphasis, see? The shame is these stanzas could have been poetry. What we would give now for scene, verisimilitude, specifics. To see those socks rolled right into a simile. A spat of fire with Shaq. Or remember the time Kobe refused–as a brash teen–to even work our for the Celtics? (Could we get that remembered dialogue?) A game (or games) against Kobe’s heavy, cloaking shadow, Michael Jordan. The breakfast with Rondo? The 81 points against Toronto, the ball falling into the green and golden mercy of the basket…The time, in the 3rd quarter, where the Dallas Mavericks scored 62 points and Kobe had 61. Scorch! And thud: The air balls we’ve endured all this season (air balls! multiple air balls!). The MOMENTS (not to go all caps). It’s the moments–crystallized like shimmering cobwebs of memory or the strings of a basketball net caught in the big city lights–that make poetry, Mr. Mamba.

But no. All we get is hurt and challenge and feel–words that are honestly the enemy of poetry.

You gave a six-year-old boy his Laker dream
And I’ll always love you for it.
But I can’t love you obsessively for much longer.
This season is all I have left to give.
My heart can take the pounding
My mind can handle the grind
But my body knows it’s time to say goodbye.

And that’s OK.
I’m ready to let you go.
I want you to know now
So we both can savor every moment we have left together.
The good and the bad.
We have given each other
All that we have.

Here, I admire the specificty of Six-year-old boy and a bit of interest in language with Laker dream and grinding and pounding. Rhyme returns, even internal rhyme, but then everything else fades away into coach and athlete talk, the words Orwell warned us all about, abstractions, the good and the bad, 100% percent efforts, one game at a time, they have to get on the same page, for example, terms that mean absolutely nothing. 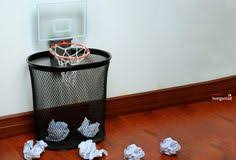 The ending I enjoyed. First, because it ended the poem (I applaud in the same manner for James Franco’s work.). Second, the cyclical structure back to the rolled-up socks, to a sort of a kind thank you to his father (he provided the socks/opportunities of life, didn’t he?), the image of a garbage can, the 5…4…3 interest in form/function (end of poem, end of game, end of career, etc.), and I really like the sign-off, printed and then a signature, very Beat poetry, naming the speaker as speaker, the place as place, the everyday as extraordinary. Well done, Kobe. Gary Snyder (or even Bill Walton) would be sort of proud.

This isn’t the only poem Kobe delivered yesterday (maybe, like Jewel, this is his next career?). He wrote a personal one (sort of) for every Laker fan at last night’s game (a game of many Kobe air-balls, including game-winning attempts). Here it is, printed on very nice paper:

I will not review this poem; it is centered. I do not want to get into a lengthy discussion of centered poetry except to say please do not center your poetry. Please.

Makes no damn sense. Now I’m supposed to come back from this ?!? How in the world am I supposed to do that?? I have NO CLUE. Do I have the consistent will to overcome this thing? Maybe I should break out the rocking chair and reminisce on the career that was. Maybe this is how my book ends. Maybe Father Time has defeated me…Then again maybe not!”